I'm happy that SonoScape's EUS arrived in Brazil, and I really liked the image and how the scope handling felt during the first cases." 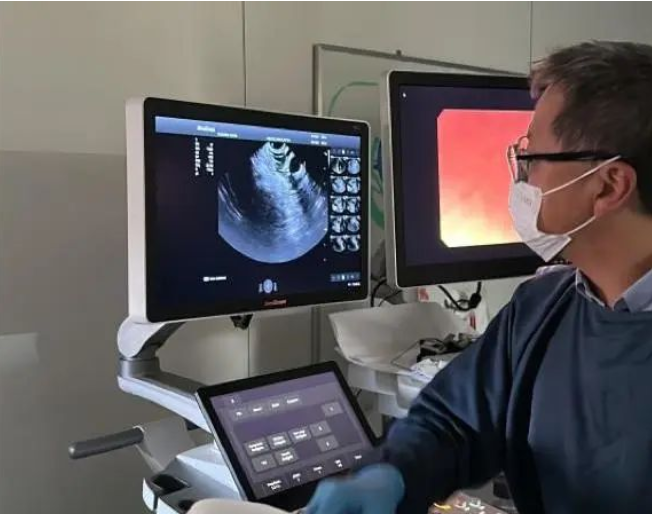 
Inspired by the passion from the endoscopy unit, in December, a convivial product launch was hosted during the World Cup frenzy, but physicians stayed focused as some cases – performed on SonoScape's EUS system – were being discussed. The consensus: "EUS becomes one of the main platforms of complex therapeutic interventions and we are seeing more and more high-level evidence."

"Brazil has the largest number of endosonographers in LATAM, and more dedicated centres are being opened in the years to come", Thiago, who leads the SonoScape partnership in Brazil commented, "We are excited to bring SonoScape EUS to the most populous country in LATAM, and see it leading the way of the region's adaptation of this new product line."

A discussion around the advancements of EUS in Brazil, during the launch event in LATAM, between Thiago (Left) and Prof. Diogo De Moura (Right).


On the other continent, Egypt was one of the first places where SonoScape's EUS was introduced. It was no surprise then when SonoScape further supported WISE – the influential WEO (World Endoscopy Organisation) International School of EUS Educational Grant and its inaugural course spin-off, the "Egyptian Chapter", particularly in the hands-on sessions. 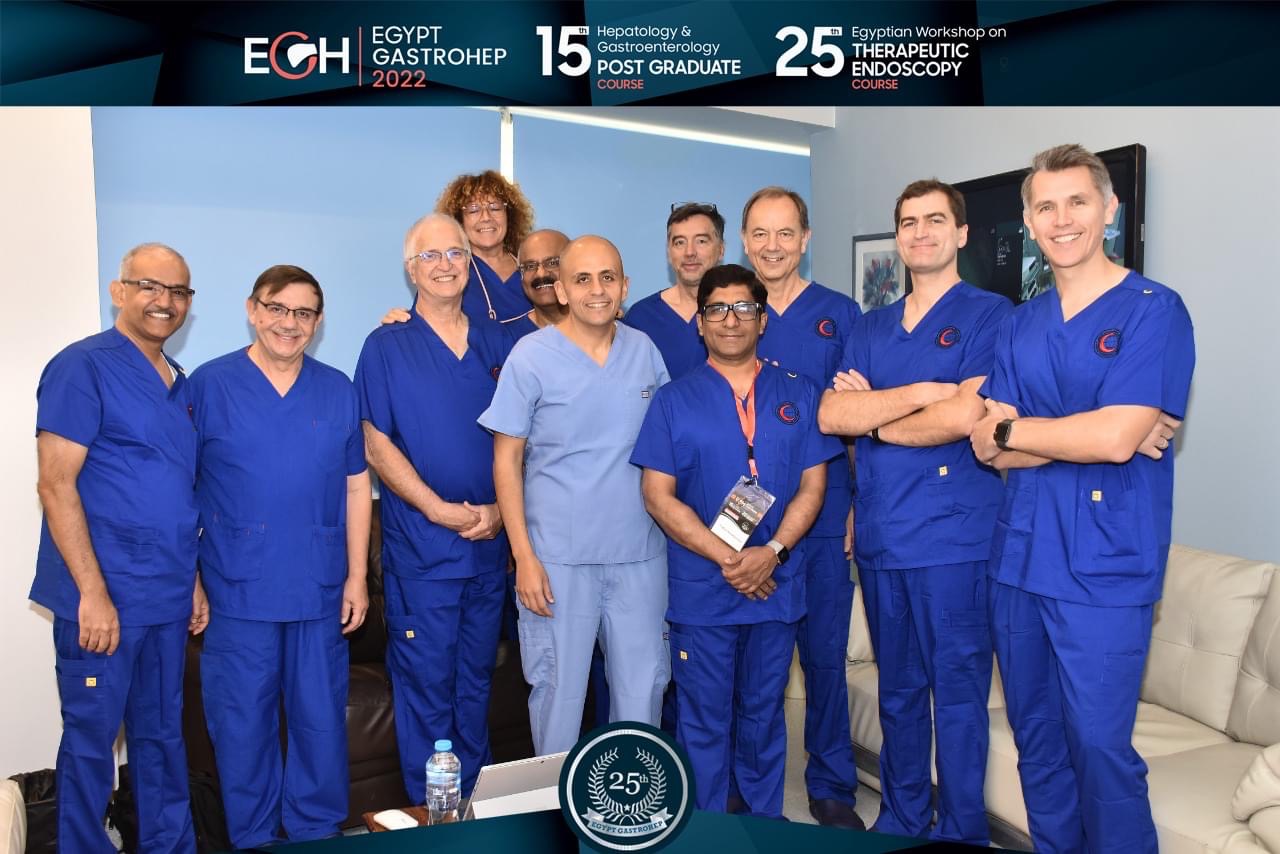 Across the Mediterranean Sea in Türkiye, EUS was first exhibited on the prestigious national congress, the 39th Ulusal Gastroenteroloji Haftasi (UGH 2022) in Antalya. More than 1,000 local and international delegates participated in the congress. Later came the first installation in the country with delightful feedback from the users, raving about the system's configuration: a combination of premium ultrasound S60 and the versatile EG-UC5T linear echoendoscope. 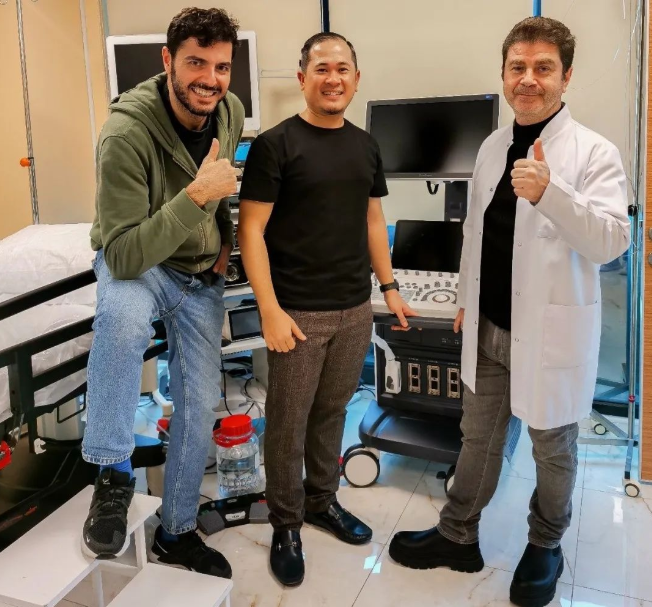 The first SonoScape EUS installation in Türkiye. This system comes with S60.


To bring patients better care, a group of doctors who are advocates of EUS are working with unmatched passion in India.

In October, India's first therapeutic case on SonoScape's EUS system, a successful EUS-guided treatment of gastric varices, was performed by Dr. B. S. Ravindra, Director and HOD Gastroenterology Fortis Hospital. The case was demonstrated in a training organized by Dr. Rohan Reddy and the team from Sunshine Hospital. Dr. Ravindra commented: "I am impressed by the exceptional imaging excellence offered by SonoScape EUS, as well as its linear scope's fine manoeuvrability. I would definitely recommend it to my peers.”

Dr. Ravindra performing an EUS-guided treatment of gastric varices with coil embolisation and injection of glue.


SonoScape team then spent some time with echoendoscopists in Nagpur, with Dr. Saurabh Mukewar and his team in Midas Multispecialty Hospital (a medical sanctuary that primarily treats Gastroenterological diseases and other digestive tract disorders). 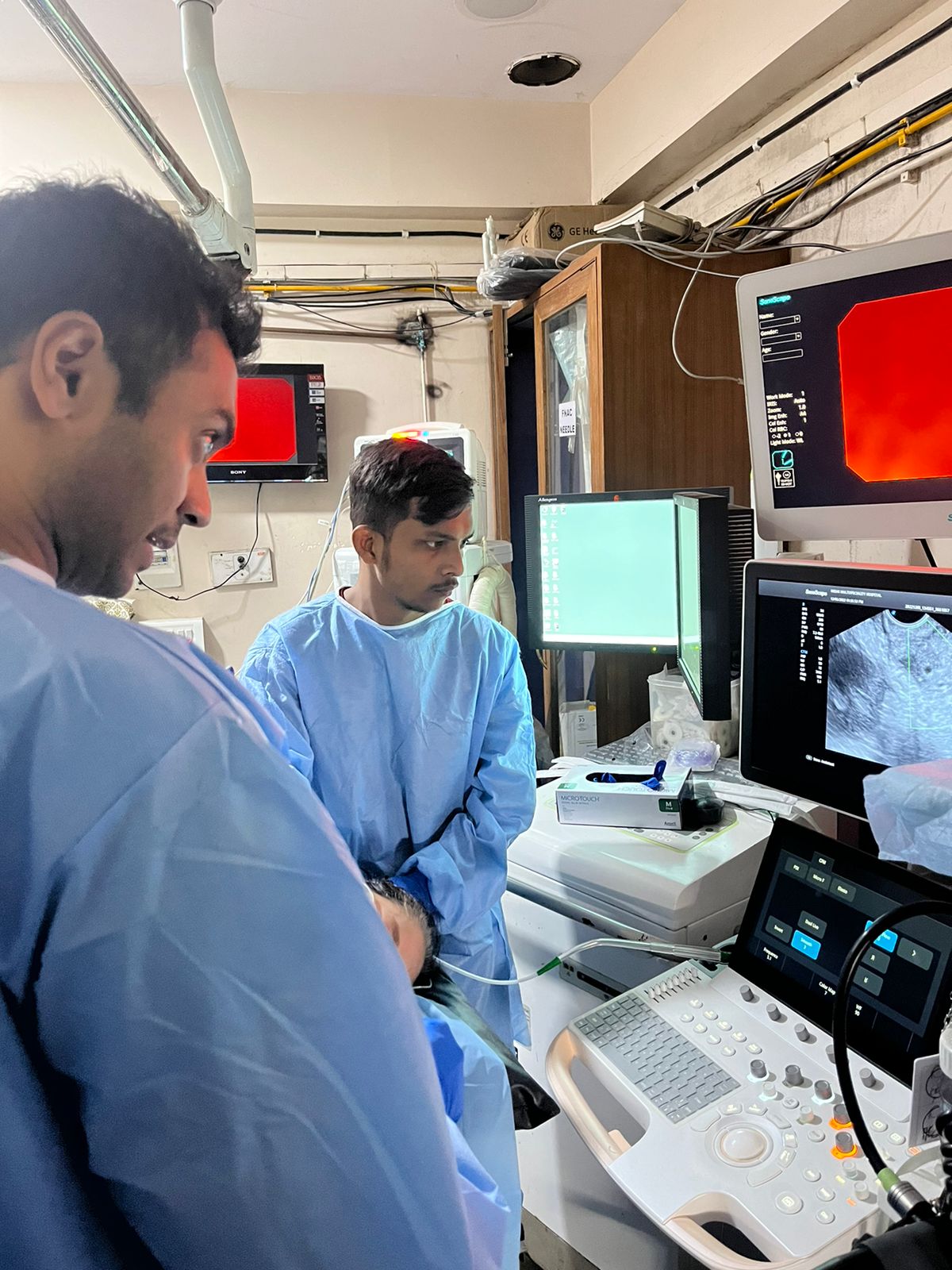 Dr.  Mukewar in an EUS procedure